A VPN is still one of the most effective and affordable means of protecting your home network. It can also be used to keep you safe when you are forced to use unprotected networks that are not trusted. You can even use your VPN on a large number of devices. Here is a look at 5 devices you can protect with a VPN.

Desktop and laptop computers are at the top of our 5 devices you can use with a VPN. These are still primary tools for the Internet user. Many homes today have a desktop computer in addition to several laptops.

VPNs are especially useful for desktops that might be shared among family members. When you take your laptop out with you to the hotel or library, you can use a VPN to remain safe on these open public networks.

Here is an application for VPNs that is often overlooked. Popular gaming consoles like the PlayStation and Xbox are compatible with VPNs. This is because many gamers also use their gaming system to browse the Internet or stream media with services like Netflix.

Using a VPN to bypass geographical restrictions is very effective. If you find yourself using a gaming console to watch HBOMax or other services, your access will sometimes depend on your location. A VPN can provide you with an IP address in your own country and restore your access to media, news sites, social networks, and more.

A large portion of the world is using mobile devices for Internet access today. Both iOS and Android devices can be seen everywhere you go. You may even be using one to read this very article. Protecting your device with a VPN is a smart move.

Hackers and data thieves are well aware of the popularity of mobile devices. They also know that people frequently use them to connect to the Internet while abroad. As such, your device could become an easy target for those who want to spy on your activity.

Yes, even many smart television devices are equipped to handle a VPN. The reason is simple and similar to that of gaming consoles. People use their smart television to stream media from the Internet. Streaming has overtaken other forms of entertainment today as people seek to customize their own experience.

Like desktops computers, smart televisions are often used by the entire family. This makes it even more important that the device is protected with a VPN.

As time passes you can expect other technology to support VPN connections. Any device that can be connected to the Internet is a possible use for your VPN. There is always news breaking about someone having a smart device hacked and their security compromised.

One device that we did not mention in the other categories is your router. Using a VPN on a router is a simple solution if you want to make sure everyone in the home benefits from the same protections a VPN offers.

About VPN Clients and VPN Gadgets

Some of you may be thinking that you will need to download software to your device in order to use a VPN. This is incorrect. All of the gadgets that we mentioned in our list of 5 devices you can protect with a VPN have a built-in VPN client.

All you have to do is enter the credentials that have been supplied by your VPN provider. You can configure the VPN client to your own specifications. It is then a simple matter of choosing a VPN server and establishing a connection before you begin to browse. Buy a VPN account today!

Cybersecurity Essentials When Working From Home 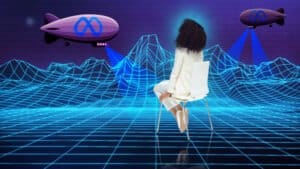 How to Watch Anime Online?