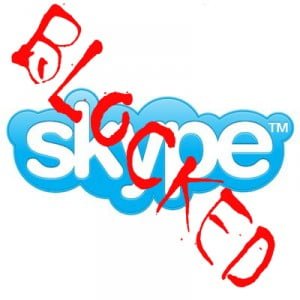 One of our many website visitors recently emailed asking us how to connect Skype in Oman. It seems that his wife recently began working in the Arab region. Being a seasoned expat, Skype is something she’s used frequently in the past to communicate with her husband in the States. Upon arriving in Oman she encountered the Internet restrictions that are so prevalent in the region. Buy a vpn, bypass censorship and restrictions.

This is a common enough tale, and many people don’t realize Skype is blocked in Oman until they arrive. VoIP is possible in this area, but visitors need to know how to use Skype in Oman.

When was Skype blocked in Oman?

In 2009, the Royal Oman Police (ROP) initiated a raid against 121 cyber cafes resulting in 212 arrests for providing VoIP services such as Skype. Since that time, Oman has enforced a strict “no Skype” policy and also banned similar sites.

An attempt was made in 2012 to clarify the telecommunications laws made by the Omani Sultanate, but there has been no change in the restrictive policies which prohibit Internet users from accessing Skype.

The Necessity of VPN in Oman

The Omani restrictions, out of necessity, prompted many expats to explore how to connect Skype in Oman. The answer was found in VPN technology which can restore access to Skype and a host of other restricted websites.

These days, it is not enough to know how to use Skype in Oman. One also needs to know where to seek out the best VPN providers. Many fly-by-night operations have sprung up in the wake of these blocks, and not all of them are good options. VPN customers need to be aware of things like connection speed and available servers before they commit to a purchase.

To assist expats and other residents of Oman obtain the best VPN service, VPN-accounts.com is happy to respond to emails like the one we mentioned at the beginning of this article. We know that you may have some questions before you decide to purchase a VPN from us. You may want to check out our FAQ or Setup Guide before you choose one of the plans we offer.

It is possible, within a very short period of time, to configure your VPN and restore access to Skype in Oman.