Advantages of VPN use, are endless!

Virtual private networks, or VPNs, have been growing in demand over the past few years. Some would argue that they are even more important now than ever before. You may already have a VPN account but not using it effectively. Here is a closer look at over 10 different ways a VPN account can be used. We believe that one or more of these tips will probably hit a note with you.

A Quick Word About VPN Accounts

Before we talk about different ways to use a VPN account, here’s some basic information for those who may not yet be familiar with VPNs. VPN stands for Virtual Private Network. This is a secure service that allows you to create a VPN tunnel between your device and your Internet Service Provider. VPNs have been used for many years by those who care about better security and safety when browsing the Internet.

The VPN tunnel that is created by a VPN helps to prevent others from seeing the data that you pass back and forth with your Internet connect and allows for anonymous browsing.  It is one way of staying safe online. We’re sure you can understand that keeping your private data safe is important in this day and age. It seems like every day there is another story in the news about some data breach. It can be disastrous to have your data stolen, but having it sold on the Dark Web can be expensive as well.

You will encounter two types of VPN service when you start looking for a provider. There are free VPNs and there are paid VPNs. You should be very leery of free VPN service. Nothing in life is free, and you may be paying a heavy price when you accept a free VPN to protect your data.

Why use a VPN?

Many popular television networks like the BBC iplayer or NBC, FOX, ABC and CBS have begun to allow streaming of some of their programming. This has been done in order to keep up with services such as Dazn, Hotstar, Netflix, Disney Plus & Amazon Prime video. The only catch is that in most cases you need to be in the country that streams the content since they use filters to geographically block you. For example, if you live in Canada and want to watch the BBC iplayer you could be in for a disappointment while traveling. The answer is a VPN account. You can use it to connect to a server in the UK country. Just like that, your access to BBC iplayer is restored. Another use is for example Netflix, the catalog of movies varies by country.

Expats and others who frequently travel may find it better to use a VPN for online shopping. Sometimes there can be red flags raised when someone is shopping outside of their own country. Merchants may want to require proof of identity and other validation before processing orders from individuals outside of the country. You can cut through a lot of the red tape when you use a VPN to connect to a server in the country you want to shop in. This can also be used in the reverse way, letting you shop at the sites that you like back home while you are traveling. Just use the VPN server that is located in your own country.

Public WiFi is a primary way that many people connect to the Internet today. From the local coffee shop to the local library, public WiFi is everywhere. So are data thieves who are looking to exploit your connection to unsecured public networks. You can use a VPN to secure your data transmission whenever you connect to public WiFi. In fact, you should be using one every time that you use a public connection. More on Wifi VPN.

Many people use VoIP services like Skype, Viber & Whatsapp to make phone calls using their Internet connection. However, these services are notoriously easy to snoop and also block on the network. Countries such as UAE & Oman have restricted access to services like Skype and WhatsApp. This is because people are using those services to make phone calls instead of paying exorbitant prices for cell phone service. If you find yourself in an area where VoIP services are restricted, use a VPN account to secure and restore them while saving money in the process.

Getting a leg up on the competition is always a good idea. This is one of the best answers to, “What can I do with a VPN?” It is also one of the least used tips. If you are visiting the website of your competition there is always a chance that the person you are snooping is monitoring IP addresses. Logs are created when websites get visitors, and there are sophisticated tools today that will help site owners pin down who is accessing their site. Don't risk it. Use a VPN and change your IP address.

Many people have been surprised to find that some airlines like Southwest Airlines do not offer booking services in some countries. That is unfortunate, because sometimes great discounts can be had by booking directly with the airlines. If you wait until you are traveling you may not be able to do that. A VPN account will allow you to select a server in your home country where you can connect to the airlines and other travel-related services. Read more about how to find cheap flights with a vpn here.

When you connect to a VPN you are routing your traffic through a VPN server that is located in a specific location. That VPN has an IP address all of its own. IP addresses are very similar to 911 addresses for computers. When you use an unprotected connection, it is possible for someone to sniff your physical location. When using a VPN, they will only be able to see the IP address of the VPN server. While connected you are anonymous. More on Anonymous Browsing here.

Another great way to use a VPN account is to protect your data from the prying eyes of others. Hackers are always out to steal data. When you are using an unprotected connection to surf the Internet, there is always a risk that your activities will be observed by a third party. Use a VPN to create an encrypted VPN tunnel, and you will be able to browse in peace. If you use our VPN client on a Mac or Windows machine you have a kill Switch, read more about what is a vpn kill switch here.

Let's face it. Innocent people that have been exercising their right to surf the Internet have been targeted by government watch lists. It is a subject that no one wants to talk about, but finding yourself on one of these lists can be very bad. Some innocent research that you may have been doing for a college paper could turn into a nightmare. If you are searching anything controversial, use an anonymous VPN account to hide your identity.

Games aren't the only thing that Internet Service providers don't like. They also frown upon streaming hours of content from YouTube. It may be to your benefit to connect to a VPN if you want to watch hours & hours of YouTube or other video services. There have been users in France who have reported positive results when using a VPN account to watch YouTube or Netflix. You may also avoid problems if you live in an apartment community that provides free WiFi on a limited basis. Streaming with your VPN might help you avoid detection.

UseNet has evolved from a chat space to a place where individuals can share large files. It can be a more attractive option for file sharing than BitTorrent. Unfortunately, some ISPs have become wise to what is happening with UseNet. They have begun blocking the service, and the only way around this type of blocking may be the use of a VPN account. We strongly recommend our service if you are looking for an affordable, reliable VPN. Feel free to browse our VPN plans, and don't hesitate to contact us with any questions that you may have. 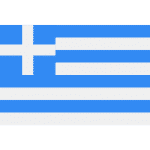 Use & Enjoy all the VPN Benefits!

ConnectDownload the VPN App and install it on your devices.

Enjoy VPNThat is it, now you can enjoy all the benefits of a VPN.